Suprime-Cam, the wide-field imager mounted at the primary focus of the Subaru Telescope, had its final night of observation on May 29, 2017. The instrument's wide-field imaging capability – 200 times larger than that of Hubble Space Telescope – coupled with sensitive CCD detectors, Subaru's large mirror, and superb weather conditions on Maunakea, gave Suprime-Cam unique imaging power. Some scientists consider it to be the driving force of modern observational astronomy. Since its first observation in 1999, Suprime-Cam made countless discoveries, and has repeatedly broken a world record for the most distant galaxy ever observed. 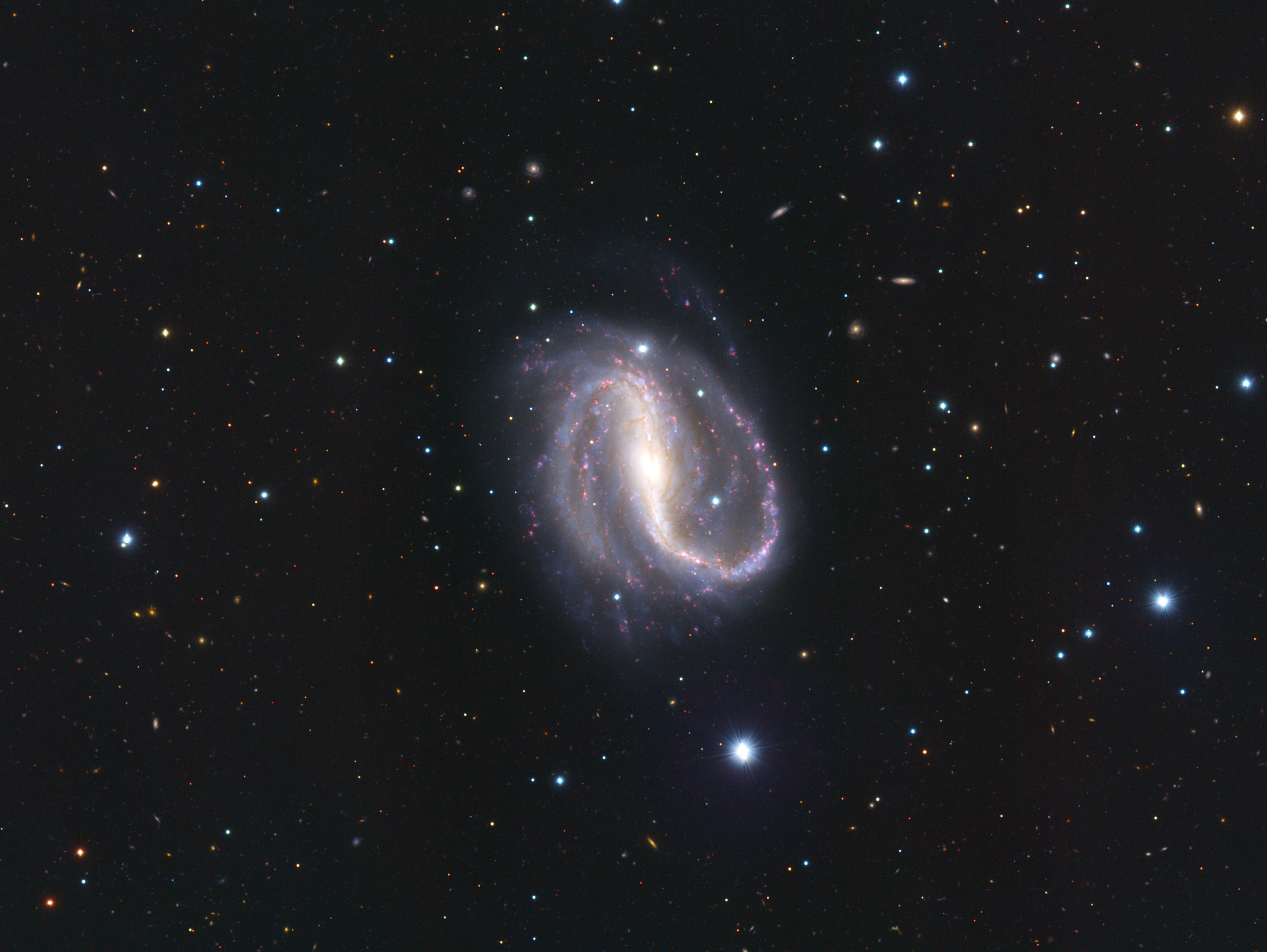 Three groups of scientists came together for Suprime-Cam's final night of observation, and spotted asteroids, galaxies, and supermassive black holes. Before sunrise, the observers held a ceremony and celebrated the camera's contributions to astronomy.

At the remote observing room in the headquarters of the National Astronomical Observatory of Japan (NAOJ) in Mitaka, Tokyo, astronomers and engineers gathered to share the experience. One of them was Professor Sadanori Okamura from Hosei University, a key figure in the development of Suprime-Cam. Professor Okamura shared stories of the trials, tribulations, and triumphs, that contributed to the camera's successful journey.

Suprime-Cam's final target was NGC 7479, a barred spiral galaxy about 100 million light-years away in the direction of the constellation Pegasus. Professor Okamura first observed this galaxy in 1970s at the Okayama Astrophysical Observatory in Japan for a morphological study. He built the basis for galaxy imaging observations in Japan, and his work was internationally recognized. He also advanced extragalactic astronomy by using wide-field imaging observations, and his research activities directly led to Suprime-Cam's development.

NGC 7479 had never been observed by the Subaru Telescope. The resulting image shows clear and detailed structures of a star-forming region that was not visible in 1970s photographic plates. This high-quality imaging data was the "Final Light" that Suprime-Cam captured, and it will create opportunities for even more study. 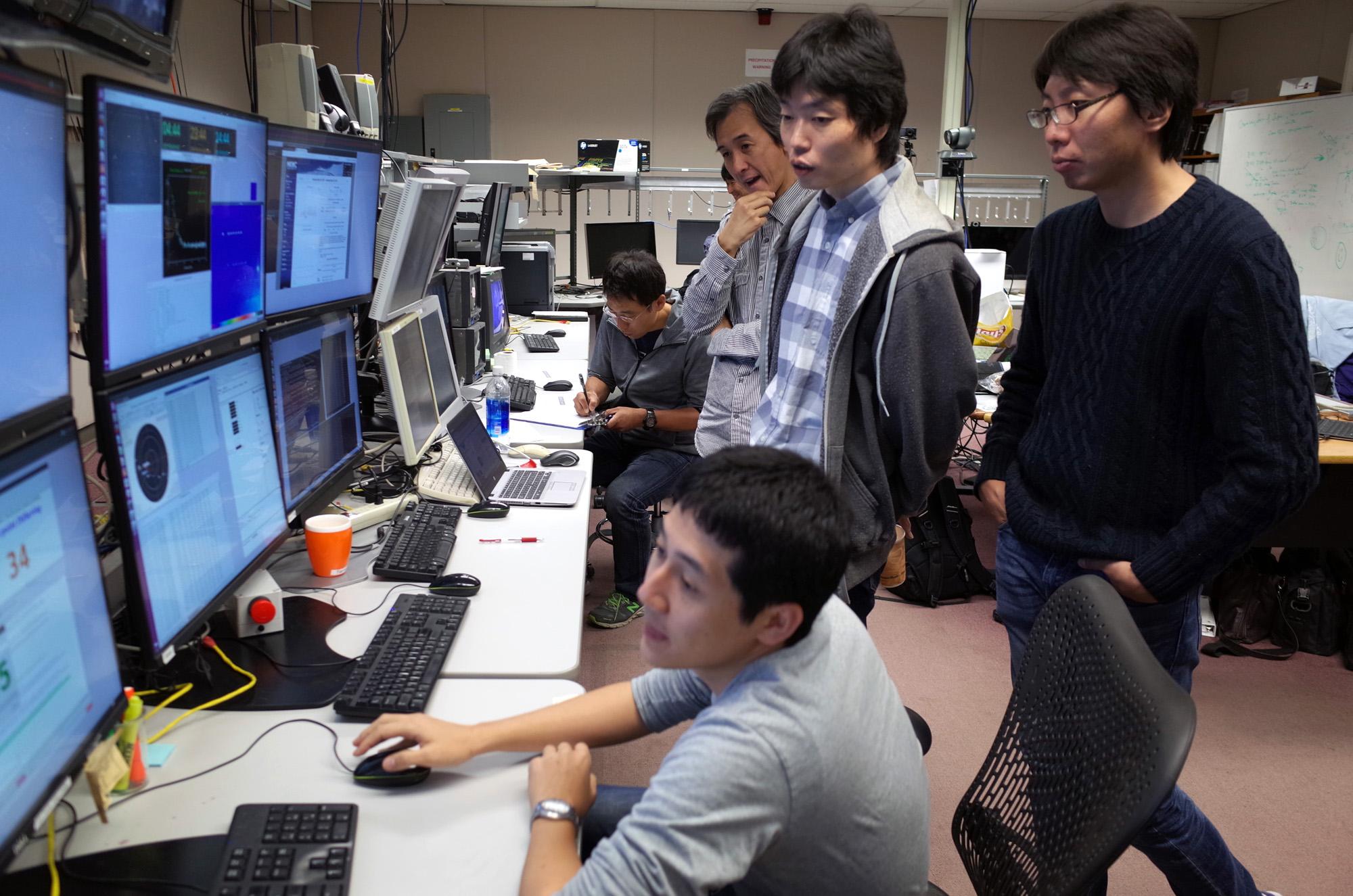 With a field of view seven times larger than Suprime-Cam, HSC has been in operation for open use since March 2014. "HSC has already brought revolutionary results in various astronomical fields," said Professor Okamura, "and it is the world's most powerful wide field imaging camera. After Suprime-Cam, I expect HSC will pioneer new advances in observational astronomy."

Figure 3: Many people gathered at the remote observing room in Mitaka, Tokyo (left) and at the summit observing room on Maunakea (right) to watch the final observations made by Suprime-Cam on Subaru Telescope.